I was all set to be annoyed with my next prompt from 500 Writing Prompts -- I'm trying to discipline myself into writing even when I don't feel like writing because I'll never get anything done if I only write when I feel balanced. Maybe some people can be productive when they create only when they feel balanced, but not me. So I need to push myself to write everyday and write about things I don't like because if I get into a tricky situation in a book, a dead end, a plot hole, what have you...and I stop...I tend to let it lie for days and weeks and sometimes never take it up again.

That is bad form...that is INEFFECTIVE. NON-PRODUCTIVE. AND OTHER SYNONYMS EQUIVALENT TO MEANING I'M NOT GETTING ANY DAMN WORK DONE AND YOU CAN'T PUBLISH WHAT YOU HAVEN'T WRITTEN! ARE YOU FEELING ME?!

But then...I remembered!!! It's Friday! TGIF, the Friday Five to the rescue!

"This week’s questions are lyrics from AC/DC songs. AC/DC put out a new album last week and I’m rather fond of it." [That is the list creator's opinion, I have not heard AC/DC's new album and probably won't. It's probably awesome, because AC/DC but I probably won't because me.]

Oh, hell yeah! We're gonna watch Meatballs? I have seen that in ages! That's the first thing I thought of with that line, a line from a completely different song. The end credits song from Meatballs, the 1979 camp classic with Bill Murray and if you haven't seen this movie I pity your sad life. Wait...have I shown this to my kids? I don't remember! I have neglected my duties as a mother! MUST DO ASAP!

2. What do you do for money, honey?
Eh....live parasitically off my husband. Seriously, I feel like a parasite and the only real job I'm good for is writing (I have worked most of my life but as I get older and my bipolar disorder starts to cause more complications it's more and more difficult to work outside the home) but I haven't sold any of my writing because I can't even finish ONE story and ...I have issues as you can see. I'm working on it.

3. Who’s your friend and who’s your foe?
Um...I don't really have any foes. Well, I'm my own worst enemy. Addictive behaviors and lack of discipline are my foes. There.
And my friends? Well, what even is that line? Who's your friend? Is that like "Who loves you, baby?" That's a better line, in my opinion.

4. What do you do that’s guaranteed?
Do you mean a thing that CAN literally be guaranteed or what do I do that I say is guaranteed, but actually that's not possible because that's my opinion.
Nothing, nothing, nothing in the world is guaranteed except death. So it's guaranteed I'll die someday but if I have my way it won't be for a few hundred years because there's just too many interesting things to do for an average life span. 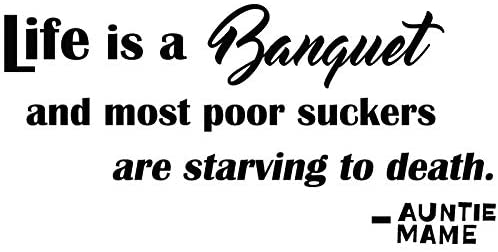 5.Do you wanna journey?
Yes. The answer is yes. Because see above...I'm not missing out on the banquet of life and there's a whole big, fascinating world to feast on. I want to go so many places. I can't even list all the places. Maybe I should try that as a break from my writing prompt book, like on Tuesdays write about places I want to go...not just vague places like Japan, find out specific places with history and art that's off the beaten path. Yeah...maybe, maybe...
Like, did you ever think about the ENDS of the Great Wall of China? Oh, sure there's lots of pictures of the wall climbing and winding over hills and valleys...but it has two ends. Well, one start and one end, I suppose.

The pass is a trapezoidal city wall 11 meters high and 733m around, covering an area over 33,500 square meters. There are 3 defensive lines: the inner city, the outer city and a moat. It is the most complete existing ancient military architecture among all of the passes of the Great Wall, which is also famous as the “First and Greatest Pass under Heaven”
In addition of the most amazing defensive system used for prevent invaders at the border in ancient dynasties, the Pass is also an indispensable station on the way of the ancient silk road. The pass was the starting place for exile for the prisoners or ex-officials.

And that's my Friday Five. None of them had anything to do with AC/DC, because if it's not Back in Black or You Shook Me All Night Long, I probably won't know what you're talking about.

Email ThisBlogThis!Share to TwitterShare to FacebookShare to Pinterest
Labels: Friday 5

Corpus Callosum
Illinois, United States
Patience is a virtue. Not one of my own, but I thought I'd throw that out there.